Reading Practice – Fly Anywhere In The World In Four Hours

To be grounded: Grounded means to be prohibited from flying, and we can use this to talk about an aircraft or an airline crew, such as a pilot or cabin attendant.

Start-up: A start-up is a newly established business.

Roll out: This phrasal verb means to launch or debut a new product.

Transoceanic: Trans is a prefix that means “across” and so transoceanic means across the ocean. 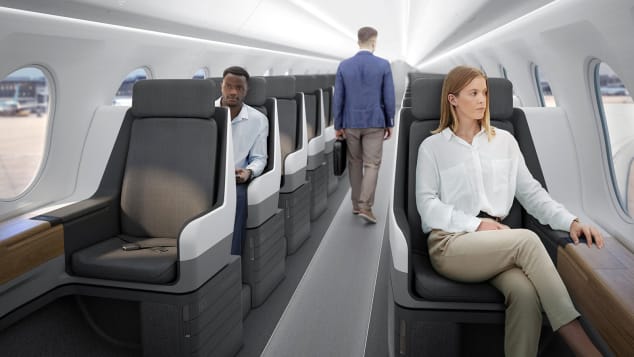 Fly Anywhere In The World In Four Hours

The British-French airliner Concorde, which flew from 1969 to 2003 was the world’s only supersonic jet which operated commercially. It could fly from NYC to London in less than three hours. However, a combination of its low profitability and a downturn in air travel in the early 2000’s left the family of jets grounded. But now, several start-ups are working on supersonic and hypersonic planes. Last October, one of these firms, Boom Supersonic rolled out Overture. That’s a plane that can travel at Mach 2.2 or 2,716 kilometers per hour, which is more than twice as fast as today’s commercial jets. The goal is to start taking passengers by 2026.

There hasn’t been any major speed-up in travel times since the Jet Age of the ’50s and ’60s and Boom Supersonic hopes to change that. Designed to seat between 65 and 88 people, Overture will focus on over 500 transoceanic routes that will benefit from the aircraft’s speed.

A journey from New York to London would take around three hours while the trip from Los Angeles to Sydney would be cut down to eight and a half hours. According to Boom’s CEO, breaking the time barrier could be life-changing. The eventual goal for Boom is to offer a four-hour, $100 flight. Of course, the starting price will probably be closer to a business class flight, but Boom dreams big.