The SS Warrimoo was a passenger ship which was launched in 1892 in England for an Australian Company. It seems that on December 31st, 1899, the ship was traveling through the waters of the Pacific Ocean on its way from Vancouver to Australia. In those days, navigation was done by stars and the navigator, First Mate Payton, had brought his report to Captain Phillips. When Payton reported the ship’s location, he pointed out that the ship was just a few miles from the intersection of the Equator and the International Date Line.

Captain Phillips called his navigators to the bridge to check & double check the ship’s position. He changed course slightly so as to head directly to the spot in the ocean he was looking for. Then he adjusted the engine speed. The calm weather & clear night worked in his favor. At midnight the SS Warrimoo was on the Equator at exactly the point where it crossed the International Date Line! The results of this unique position were many: 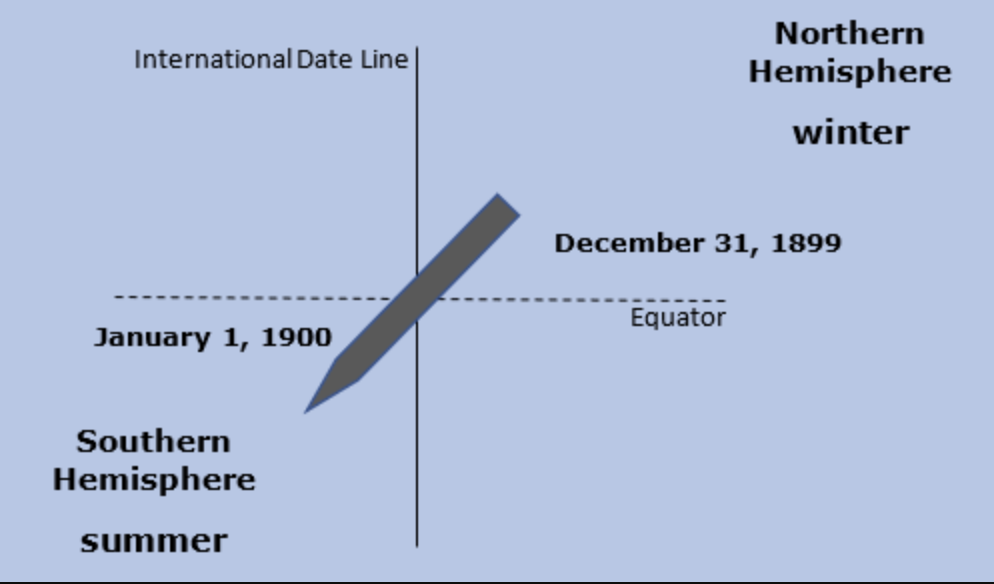 Get some speaking practice by

#1: Summarizing the basic idea of this story.

#2: Talk about your reaction to this story.