End up We use end up to talk about the result of something.

Turn up This is a phrasal verb that means to appear or arrive.

Spot Here, spot is used as a verb meaning to notice or recognize something.

Answer the questions below, enter your name and email and hit send. Michael will reply with feedback within 24 hours. 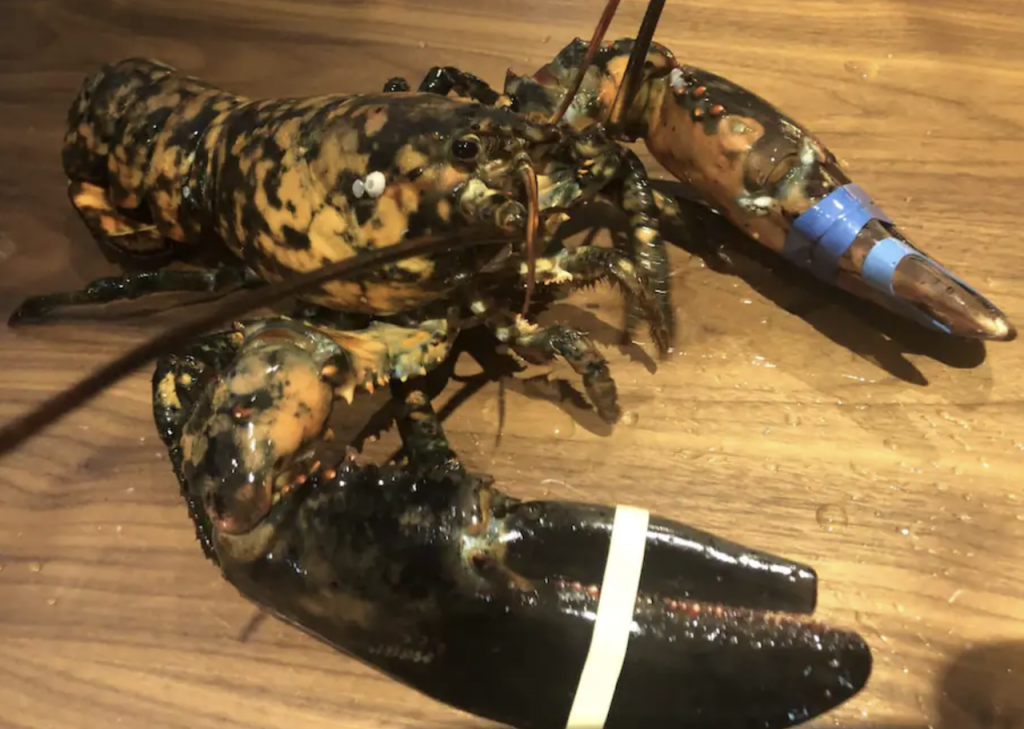 The restaurant chain Red Lobster is known for having a big tank in the front of each of its locations full of lobsters. Typically, these animals are destined to end up on someone’s dinner plate, but that wasn’t the case for one lobster in Virginia.

Actually. being a rare specimen can have its perks. The lobster we’re talking about is also referred to as one of the rarest lobsters in the world. That made it even more of a surprise when it turned up at a Red Lobster in Manassas, Virginia, which is about 45 minutes west of Washington D.C..

Fortunately, the lobster was spotted while it was still alive and it was rescued from being served as dinner. The animal, which has been nicknamed Freckles due its appearance, is a calico lobster. These sorts of lobsters are named for the spotted design that appears on their shell and only occur in about “one in every 30 million” lobsters.Freckles has been donated to the Virginia Living Museum for its lobster display.